This article is a re-publication from the Wharton Spectator- Journal originally published March 18, 2009

It is remarkable how in the midst of history filled with political, religious and economic power grabs and madness…and where tyranny is much more common than liberty, that periodically a bright light shines through to make a difference – a difference so grand that all of humanity should take a breath and exhale a mighty chorus of “thank you!” 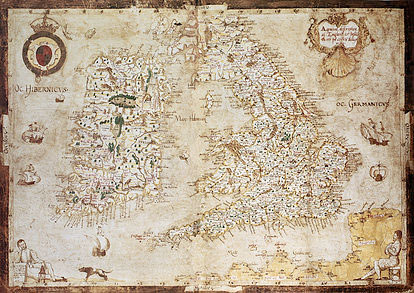 Today we will look briefly at the record of such a light with thanks to Thomas Cahill and his delightful book, “How the Irish Saved Civilization.”

But first, let me ask you a question or two.

What did you do on Tuesday? Chase any snakes out of your neighborhood? Drink green beer? Sport a shamrock on your clothing or as a necklace?

All have become associated with March 17 or St. Patrick’s Day, supposedly in honor of the patron saint of Ireland. Strange that those are the ways we remember him. Very strange indeed. As the Roman Empire was waning, a boy was born in Romanized England around AD 401.

Perhaps as a young boy Patricius, as he was named, would have learned how in AD 383, Maximus had led a mutiny of Roman soldiers in England and then headed across the channel to the continent. Leaders were assassinated, though some semblance of order was restored under Theodosius in AD 388.

But as a boy, Patricius almost certainly would not have known of how the empire had suffered social, moral and cultural decay for decades. He probably had no sense that more and more the army was a problem. Taxes grew harder to collect. Money to pay soldiers became more scarce and as Cahill writes, “the army became more and more a reserve of non-Romans, half-Romanized barbarian mercenaries and servants sent in the stead of freemen who couldn’t be bothered. In the last days of the empire, men commonly mutilated themselves to escape service, though such a crime was – in theory – punishable by torture and death.”

And in AD 406, the Rhine River – separating the Roman Empire from its neighbors on the continent – provided “the natural bridge that hundreds of thousands of hungry men, women and children had been waiting for,” according to Cahill. Those hordes were able to cross the river and overcome a half-hearted Roman army “defending” the empire hastening the demise of what had be the greatest superpower of its time.

And those barbarians, as they swept toward the heart of the empire cared not for books, learning and the culture of Rome along with its strong Grecian, Jewish and Christian influences. Though the official demise of the empire did not occur until AD 476, these hordes had begun the massive destruction not only physically of the empire but of the historical and cultural roots and records of that civilization.

In AD 406, Patricius would almost certainly have been oblivious to the frozen river on the continent as a young child in England. And at age 16 he went to sleep one night, probably equally oblivious to the barbaric party of Irishmen sailing from the island that had never been Romanized. They stealthily swept into the English countryside to kidnap youth and rush them back to Ireland to use or sell as slaves. Such was the fate of Patricius as a teenager.

But such was not the end of that young man’s life. While the empire of Rome grew closer to its end, Patricius served his Irish master as a slave, tending sheep in a lonely Irish countryside. There are no actual records of him ridding Ireland of a single snake, but after about six years as a slave, he did receive a vision to head to the coast in order to go back to England.

Though not knowing exactly where to head, upon arriving at the coast he miraculously found a boat available to return him to England. He himself became a Christian, studied Christian materials diligently, became involved in church leadership and eventually felt called to return to the Emerald Isle where he had been a slave.

Amazingly, as he very successfully labored to convert those Irish barbarians, refugees from the continent fleeing the devastation of other barbarians brought scrolls and records of Greek, Roman, Jewish and Christian history, philosophy and science to the western edge of the decaying empire in hopes of preserving them from the fires on the continent.

As Patricius converted Irishmen, they actually preserved those texts by learning multiple languages in their zealous pursuit to become educated. Later, they and future generations of Irish took that knowledge with them as they went as missionaries – first to Scotland and later onto the continent. They not only made Christian converts, they brought with them a knowledge of the foundations of Western civilization which, but for a man named Patricius (or who we now know as St. Patrick) and his followers may never have been restored.