This article is a re-publication from the Wharton Spectator- Journal orignially published March 5, 2008.

As many of our children are taking TAKS tests this week would you be willing to take a short quiz about an upcoming holiday?

While you may not come from the Emerald Isle, many Texans join in celebrating an upcoming holiday by wearing green. 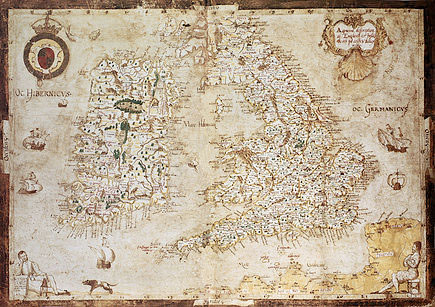 Having said that, simply answer true or false to the following questions:
1. St. Patrick was Irish.
2. St. Patrick lived his entire adult life in a monastery.
3. St. Patrick chased a snake out of Ireland.
4. St. Patrick was an English youth kidnapped by Irish marauders.
5. St. Patrick’s influence helped preserve the knowledge of western civilization for future generations.


If you answered true to any of the first three questions you are incorrect. While we may legitimately associate St. Patrick with the Irish, he actually was, as stated in question 4, an English youth by the name of Patricius kidnapped at age 16 by an Irish war party and sold to a local chieftain back in Ireland.

He did not live his entire adult life in a monastery.

In fact, the chieftain sent Patricius to tend sheep where the youth spent months hungry and cold alone in the hills of Ireland.

Eventually, as Chuck Colson relates in his book, How Now Shall We Live, Patricius turned to the one source left, prayer to the God his Christian parents had taught him about, but whom he had shunned, thinking priests were fools.

Six years after he was captured Patrick received a vision from God to head for the coast where a ship awaited to return him to England.

Obedient to the vision Patrick headed on a 200 mile trek to the sea.

Upon arriving he found a boat which did transport him back to his homeland.

Eventually his pursuit of God did lead him into a monastery, but not for his entire adult life. He became a priest and eventually a bishop, but three decades after becoming a Christian he obeyed another call from the Spirit of God.

This time he was to return to the land in which he had been enslaved, Ireland.

While Ireland is known for its scenic beauty, according to Colson, the Irish people of Patrick’s time, in the 5th century, “were a pagan, violent, and barbaric people.

“Patrick understood the danger and wrote:

“‘I am ready to be murdered, betrayed, enslaved – whatever may come my way.'”

Patrick not only survived but converted thousands and helped to transform the social makeup of the island.

As Cahill states, “Only this former slave had the right instincts to impart to the Irish a New Story, one that made sense of all their old stories and brought them a peace they had never known before.”

Because of Patrick, a warrior people “lay down the swords of battle, flung away the knives of sacrifice, and cast away the chains of slavery.”

Cahill goes much further, however, in documenting the ultimate impact of Patrick’s life.

Next week we will examine through Cahill’s eyes how, even today, we are indebted to those followers of Patrick who providentially preserved written records of Western civilization that otherwise would have been lost forever as the Roman empire – and its recorded heritage – crumbled on the European mainland.