This article is a combination of three articles from the Wharton Journal Spectator on Thanksgiving that Peter Johnston wrote in 2007. 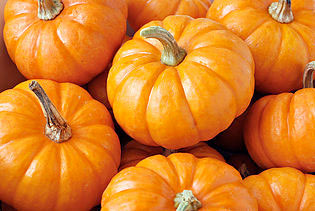 While some now think only of turkey, family and football, we would do well to remember as we approach Thanksgiving 2007 what motivated and inspired our forefathers not only to set sail, but to endure the hardships of the voyage as well as the first year leading up to their harvest celebration less than a year after arrival in the New World.

• They originally left England for Holland in 1607 for the same reason they left for America in Sept., 1620: religious freedom. After over a decade in Holland, they chose to move again because of the worldly influences corrupting their children.

• They began the journey in two boats, the Mayflower and the Speedwell, but had to turn back because of problems with the Speedwell.

• Upon arriving on the coast of Massachusetts and realizing they would not be under the governing body in Virginia, before disembarking the combined group of passengers made a covenant binding themselves “to work together for their common Christian faith and their common good.” “The Mayflower Compact,” as it was called, provided for electing their own officers and establishing self-government.

We should forget not to remember that it was the Separatist’s faith that motivated them to depart, sustained them through the trials of the voyage and motivated them to agree to self-government upon arrival in the New World.

Pilgrims gave thanks despite starvation, cold and isolation

Thanksgiving is now but a week away and, again, we have an opportunity to reflect on its origins in appreciating its purpose as a national holiday and inspiration for us today.

Last week we were reminded that faith motivated the Pilgrims (or Separatists) to depart from England and faith sustained them through the hardships of their voyage.

Following their two month voyage across the stormy Atlantic and arrival off the coast of Massachusetts in November 1620, little food and harsh conditions confronted them. William Bradford, one of the Separatist leaders recounted in “Of Plymouth Plantation”:

“They had now no friends to welcome them nor inns to entertain or refresh their weather beaten bodies, no houses or much less towns to repair to, to seek for succor. It was winter, and they that know the winters of that country know them to be sharp and violent, and subject to cruel and fierce storms, dangerous to travel to known places, much more to search an unknown coast.”

Behind them there was a “mighty ocean” which separated them “from all civil parts of the world” and before them “what could they see but a hideous and desolate wilderness, full of wild beasts and wild men, and what multitude there might be of them they knew not.”

Nonetheless before disembarking from their ship, having “thus arrived in a good harbor, and brought safe to land, they fell upon their knees and blessed the God of Heaven who had brought them over the vast and furious ocean…to set their feet on the firm and stable earth.”

Their faith continued to be tested. Winter in Massachusetts can bring freezing weather as it did. During that first winter almost half of them died. One source indicates that they sometimes had only six grains of corn per person per meal. Consequently, at one point there were only about six individuals able to care for all the others.

Nonetheless they chose to give thanks. In spite of their obstacles, historian Catherine Millard writes, “this stalwart band of settlers who had braved the dangerous seas and inhospitable New England shores, to live their lives in harmony with God’s Holy scriptures, persevered in prayer, obedience and praise to Almighty God.”

Next week we will look at the fruit of their faith and what we refer to as the first Thanksgiving. Peter Johnston, an East Bernard resident, earned a history degree from Cornell University and is a former high school history teacher. He established WORD Dynamics Ministry in 2003.

A HERITAGE AND A HOPE

But President Washington’s proclamation was not limited to promoting science. In fact, it is a relatively minor point buried at the end of his 400-word proclamation which was requested by both the U.S. House of Representatives and the U.S. Senate.

What was the nature of this parchment? It was the Thanksgiving Proclamation of 1789.

And what might have been some of the other points made in that document by our first president (who was ever mindful of the precedents he was setting)? Consider the following:

First, he set forth that all nations have a duty. According to President Washington what was that duty? “…[T]o acknowledge the providence of Almighty God, to obey his will, to be grateful for his benefits, and humbly to implore his protection and favor…”

He recommended setting aside a day of Thanksgiving on Thursday, Nov. 26 of that year. He did not mention anything about what food ought to be eaten or what games should be played, but he did identify what ought to take place.

It should be “a day of public thanksgiving and prayer to be observed by acknowledging with grateful hearts the many signal favors of Almighty God especially by affording them an opportunity peaceably to establish a form of government for their safety and happiness.”

(Did I read that correctly that President Washington in his official capacity at the request of both Houses of Congress acknowledged the favors of Almighty God in helping to establish our country?)

Yes, I did read (and write) that correctly. And furthermore he recommended that the day “be devoted by the People of these States to the service of that great and glorious Being, who is the beneficent Author of all the good that was, that is, or that will be. “That we may then all unite in rendering unto him our sincere and humble thanks -for his kind care and protection of the People of this Country previous to their becoming a Nation….

“And also, that we may then unite in most humbly offering our prayers and supplications to the great Lord and Ruler of Nations and beseech him to pardon our national and other transgressions”

And in conclusion he acknowledged the document being signed “in the year of our Lord 1789.” Following the practice of the Pilgrims over a century and a half before, our first president set those priorities of Thanksgiving.

This historical document, or the principles found therein, can and should be shared in classrooms throughout the nation this week. Whether or not they are, we in our homes would do well to remember those purposes of Thanksgiving and the duty of all nations including our United States in 2008 as we celebrate and enjoy this wonderful holiday.